What is the cut off mark of AKSU? Are you interested in AKSU cut off mark for 2020/2021? Answers to questions concerning AKSU JAMB and departmental cut off mark has been provided and explained in this post. 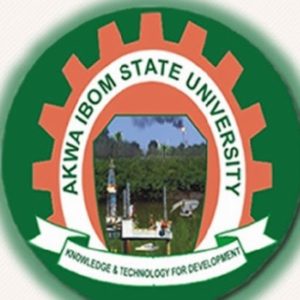 Before then, the general public are hereby informed that AKSU Cut Off Mark for admission into 2020/2021 academic session has been released by the management of the Akwa Ibom State University (AKSU). The details on the general cut off mark for AKSU can be found below.

What Is ASKU Cut Off Mark?

AKSU Cut Off Mark is the minimum point a student applying for admission must attain in the Unified Tertiary Matriculation Examination (UTME or JAMB) and or Post-Utme/Screening Exercise in order to be considered for admission into AKSU.

Candidates who are unable to meet up with the Akwa Ibom State University cut off mark requirement will not be considered for admission.

Note: Since AKSU cut off mark for this year is yet to be available; The Akwa Ibom State University cut off mark shown below is for the previous year. We hope it would help you make an informed decision on the course you can apply for based on their cut off points. When the current year’s cut off mark is released, it will be updated here.

All AKSU Aspirants are hereby informed that AKSU JAMB cut-off Mark for admission into the University is 160.

This means that all those who wrote JAMB and scored up to 160 or a minimum of 160 are eligible to buy AKSU Post-Utme or Admission form and also sit for the Examination should there be.

This eligibility for buying AKSU Screening form with a minimum JAMB Score of 160 and Above also includes the following courses unless otherwise stated by the management.

A lot of aspirants are also concerned to know when the departmental cut off mark of the Akwa Ibom State University of Technology will be released.

However, The general Departmental Cut Off mark for some courses are as follows: