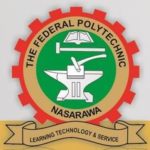 Fed poly Nasarawa cut Off Mark for admission into 2020/2021 academic session has been released by the management of the Federal Polytechnic Nasarawa (Fedponas).

Fedponas cut off mark is the minimum score required from candidates who want to gain admission into the polytechnic before they can be considered for admission.

All candidates who scored exactly or higher than the specified cut off mark will be allowed to participate in the Federal Polytechnic Nasarawa admission screening exercise.

All Fed Poly Nasarawa aspirants are hereby informed that the general cut-off Mark for admission into the Polytechnic is 150.

This means that all those who wrote JAMB and scored up to 150 or a minimum of 150 are eligible to buy Fedponas Post Utme or Admission form and also sit for the Examination should there be.

This eligibility for buying Fed Poly Nasarawa Screening form with a minimum JAMB Score of 150 or below are for all the programmes in the Federal Polytechnic Nasarawa.

This cut off mark is usually available after the release of the school’s screening or post utme admission form. Also, cut off mark for each varies depending on the performance of candidates who applied to study in the school for that year.

In this regard, Nasarawa Poly Cut off mark for all departments will be available later after the screening exercise for the school has been conducted.