Npower List of Shortlisted Candidates (Successful) For 2017 has been released 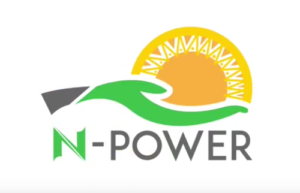 This is to inform all those who participated in the Npower Recruitment programmes for 2017 that the Federal Government has released the Second batch list of those shortlisted for the Npower Programme.

All those Npower Applicants who are successful has been compiled by the Federal Government and can be accessed below.

The N-Power Programme has selected over 200,000 people for the first phase of the social investment programme.

The list of names and details of those who have been selected are now available on the NPower website.

Currently, The Second (2nd) batch Npower list has not been uploaded online, however, the procedures to check it when it has been published online has been explained in details below.

N-power 2nd Batch Lists will soon be uploaded online; To check your name follow the steps below;

If you are shortlisted, then visit npvn.npower.gov.ng/home/


All Official information about Npower will be updated and accessed on npower.gov.ng.

Our attention has been drawn to false and fraudulent reports circulating especially in the Social Media that There are equally false reports and claims about an unauthorized request for vital personal information of beneficiaries such as BVN, Account Number, among others not known to the Presidency or any arm of the Federal Government.

Beneficiaries and potential beneficiaries of the N-Power Volunteer Corps should ignore such reports emanating from fake sources and outlets and only relate with bonafide presidency and FG sources and web portals (http://npvn.npower.gov.ng, http://npower.gov.ng). For the avoidance of doubt, legitimate communication about the N-Power is done through [email protected] or the relevant Focal Persons appointed by each of the 36 States and the FCT.

Any information that does not emanate from this identified sources or directly from the Presidency should be simply and outrightly dismissed.

Date for commencement of the next batch of volunteers for the N-Power program will be announced on http://npvn.npower.gov.ng and http://npower.gov.ng

Disclaimer: We are not the Official Website of any school mentioned on our website (ismyschool.net). We are just an informational website. While we endeavor to keep the information up to date and correct, information may change at any time without notice. For complete and updated information, please always refer to the official website of the school. Any reliance you place on information from ismyschool.net is strictly at your own risk. Please read our Terms of Use for more information.