Checking to know if the National Open University of Nigeria (NOUN) Accept Nabteb A Level Result for admission is what we are going to discuss in this article. 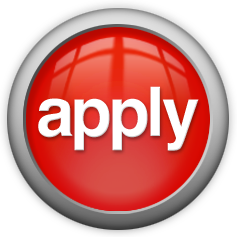 Do you want to apply for admission to study in NOUN? Do you want to apply with NABTEB Result into NOUN?  If so, then this article will be of interest as we are going to answer your questions in just a moment. But before then, what is NABTEB? NABTEB is an acronym for National Business And Technical Examination Baord.

The results issued after the Examination is NABTEB Result and can be used to apply for admission into higher institutions in Nigeria (Universities, Polytechnics and Colleges Of Education).

WAEC Result And NECO Result has more popularity than NABTEB Result and that is why some people ask whether NABTEB will be acceptable into the National Open University of Nigeria (NOUN) Should they not pass they WAEC or NECO examination.

Let me answer the question now: Does NOUN Accept NABTEB Result For Admission? Or in other words, Can one apply for admission into the National Open University of Nigeria with NABTEB A Level Result?

We are very pleased to announce to you that the Federal Government has endorsed certificates awarded by the National Business And Technical Examination Board (NABTEB) for admission into Universities, Polytechnics and Colleges of Education in Nigeria.

No University or Higher Institution in the country has the right to discriminate the Certificate awarded by the Board.

So with the above statement, it therefor means that NOUN Accept NABTEB Result for Admission unless otherwise stated by the school. However, Candidates who wish to apply for admission are advised to check JAMB Brochure to be fully sure that the NABTEB Certificate is accepted in NOUN. See NOUN Courses Here. Also, the JAMB Subject Combination for all the Courses can be found here.