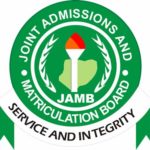 This is a notice to all those who are still confused as to the difference between admission on JAMB CAPS and the one on school portal that we have provided the answer here in this post.

These are questions and concerns that has been raised by many persons who may have seen their admission on JAMB CAPS portal but not yet on the school portal or website, they are still seeing Not admitted, No admission is given yet or Admission still in progress.

Have you not checked your jamb admission status? See How To check JAMB Admission Status.

Stage 1. People will register for Jamb during Jamb registration and all they details will be stored on Jamb website concerning the school and course they chose during registration .

Stage 2. When the time for Postume comes, JAMB will then compile the names of those that applied in each school and send them to each of the Universities, Polytechnics and Colleges of Education involved.

Stage 3. Each school will then use those names and conduct Post UTME or screening as the case may be.

Stage 4. Schools will now compile the names of those that perform well in they screening which they have considered for admission or have given admission and send it to JAMB for uploading on their portal..

Last Stage. JAMB will now upload the admission list sent to them by the school on their portal so that candidates can be able to print their admission letter.

Is It JAMB that gives admission or the school? JAMB don’t give admission, but rather send names to school for admission.

Hope you are now clear on your doubts, do you still have more question?  Comment it below and I will try and respond as soon as I can.

136 thoughts on “Difference Between JAMB Admission And School Admission”